When I was playing red box/blue box Dungeons and Dragons in the mid-80s (the Basic and Expert sets), being 11 or 12, and rather isolated, I often never had enough people to play a session of D&D in precisely the way that it seemed meant to be played: several players, each controlling one character; and a Dungeon Master. PCs and the Dungeon Master controlling the NPCs. Often, though, it was myself and another friend, that was it. So we had to improvise. It’s kind of the equivalent of “ghost runners” in baseball, when you have to pretend imaginary people are on-base when you are shorthanded (something we also did, by the way!) I would often play more than one character, and I would make an honest attempt to keep a veil between them, to perform the mental gymnastics necessary to keep them as separate entities. Or, if I was DM’ing and had to play a character, I would be extremely careful not to give my character any special favors as the narrative was flowing around the party of characters, usually trudging through a dungeon. 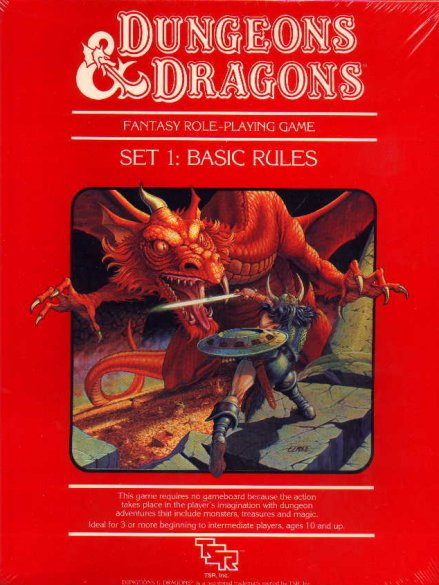 I began to wonder recently, did this type of performance lend itself in some way to my (much) later interest in trying out different modes of narratives? Each story has to be improvised according to its needs, so I don’t think there can be much of a blanket statement. But…even though the “stories,” such as they were, were purely hack and slash at that age, there was a sense of performance and growth of the character. I had an inner vision of each character that was separate from the narrative we were navigating through.

Similarly, I think it might have helped with delving into characterization later on (much later!), and treating each character as an indivisible unit within a story. More than that though-being a DM is something of a metafictional conceit. In the interplay between player and character, the DM acts as something of an interlocutor an author who cedes control to the story itself (as pushed forward by the players’ control of the characters). Perhaps it was this balancing act that excited me about the possibilities of story-well, at any rate, it was good practice for thinking of story as a blending of various component parts, “plot” being the last important of those parts.