The question should be seriously asked, how do [cognitive sciences] compel us to redefine the most basic notions of human dignity, freedom? That is to say, what we experience as dignity and freedom is it all just an illusion, as they put it in computer user terms, a userâ€™s illusion. Meaning, for example, when you write a text on a computer, you have this userâ€™s illusion scrolling up or down that there is text above or below. There is no text there. Is our freedom the same as a userâ€™s illusion or is there a freedom? -Zizek I saw Avatar in 3D tonight. Avatar is a great movie, a groundbreaking movie in many ways (conventional in others, but letâ€™s stick to the groundbreaking for now), and more complicated and tricksy than some of its critics, I think, are giving it credit for.

Warning, serious spoilers! Ok, now that weâ€™ve gotten that out of the way…

Avatar canâ€™t be separated from the technology used to create it, and this push and pull of the wonders and devastation of technology ripples throughout the entire movie. Itâ€™s the Avatar Project, after all, that allows the movie to come into being in the first place (okay, and a lack of single payer health care for our hero-but thatâ€™s a different story!). And itâ€™s the death of the Avatar Project at the end that brings about Jakesullyâ€™s rebirth. But, more than that, the audience is continually reminded of this dynamic by the fact that we are all sitting in the darkened theater wearing this funny little glasses, which allow strange creatures and landscapes to uncannily “pop” out of the screen. As a matter of sheer worldbuilding bravado (if not plausibility-though I love me some Magritte floating mountains, it was a lot of handwaving to describe them as buoyed by flux. But hey, whatever, it was cool), we are plunged into ethereal heights and soar through phosphorescent forest canopies. Or is it the other way around? No matter-that synesthesia is an intentional byproduct of having a world come out at you all at once, in all its inviting glory. There has been, of course, unadulterated land that needs protecting before in film, but never has the argument been made for it more beautifully and convincingly than in this 3D.

With new applications of mediums comes new forms of storytelling, and so it would be a disservice to the movie to call it “Dances with Wolves in Space,” or whatever. The movie is as much about scientific malfeasance as it is about brash imperialism as it is about love.

Itâ€™s the ambiguity of the Avatar Project that drives the story forward. The linchpin character in the whole film is Dr. Grace Augustine (played by Sigourney Weaver, who has a chain-smoking Helena Bonham Carter as botanist thing going). As a diplomatic and scientific mission, the Avatar Project is something of a failure. Sure Grace and her protege collect their samples at one point, but thereâ€™s a disconnect between that mission and the, uh, mining of unobtainium (which actually has a wider use as a term than I had thought possible). The science (whether soft or hard) is continually triangulating with the military and the privateers. The latter two, naturally, are slavishly intertwined-with the continual reference to mercenaries being the entire fighting force, this is hard to ignore-but this doesnâ€™t mean that the scientistsâ€™ relationship with the two opposing forces are the same. With the military, itâ€™s entirely antagonistic. Not so with the Resource Development Administrationâ€™s commercial arm. Its liaison on Pandora is not unconcerned with Naâ€™vi casualties, mentioning the possibility of “bad press.” So are the scientists, and although there is some vague mentioning of a mission school that met some untimely end, Graceâ€™s ultimate mission to convince the Naâ€™vi to move. The movie is as much of a critique of neoliberalism as conservatism (or neo-conservatism, I guess)-having a “human rights” apparatus being wielded as a weapon to achieve some material gain.

Something happens, though. Closer to the climactic battle, Grace tries to explain to the peckerhead Colonel and the asshole mining manager about the interconnectedness of all life on the planet. Rather than being a pure impassioned Gaia-tastic plea, however, thereâ€™s something unsettling on Graceâ€™s face. She canâ€™t help but see the wealth in this. Screw the minerals, sheâ€™s saying, what we have here is bigger than raw materials. In a way, itâ€™s similar to the utilitarian arguments made to “save the rainforest”: who knows how many cures to natural diseases are in those weird plants and funny little frogs that we donâ€™t even know about yet-that is, until they are run over by clear-cutting bulldozers! 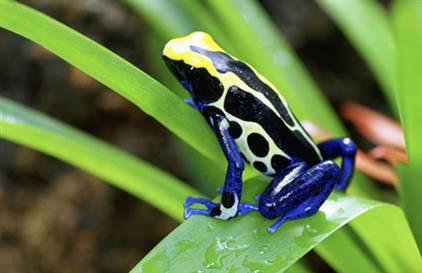 You can see Grace calculating, even then. And as sheâ€™s brought, wounded, to the Naâ€™viâ€™s ancestral home, she jokes (paraphrasing): “I wish I could be taking samples of this.” The tribe tries to save her, by transferring her fully into her avatar. They take off her mask, and she dies; the transfer (going through the “Eye of Eyra”) didnâ€™t take because she was “too weak.”

But what does this weakness mean? Weakness from the bullet wound? Or weakness because she couldnâ€™t, in the end, fully let go of her own sense of scientific identity to fully become one of the Naâ€™vi? (And yet, even still, she doesnâ€™t entirely dissipate-more on that a bit later.) Itâ€™s truly unclear.

This is driven home perhaps even more forcefully at the very end of the movie. Simply put-Jake dies at the end. There is no exact equivalence between Jake and Jakesully. The human is dead, though the memories of Jake are uploaded into the planet. Witness, at one earlier point before the final battle, how our hero actually requests to Eyra to access Grace Augustineâ€™s memories of earth and the human species. Who, or what, is in Eyra, then? Information. Code. The world, through this information management, has an Avatar Project of its own. That, at last, is whatâ€™s so fascinating about this movie-not the simple clash of cultures but the variances in the relationships the cultures have to their own bodies, and how they retrieve information about those bodies. Itâ€™s telling that the last shot of the movie is Jakesully opening his eyes, with his corpse laying beside him.

He will certainly not be what he used to be.

We, too, have more opportunities to plug in, and leave ourselves behind. The flow is two-way. Even the Avatar action figures-long the hallmark of the science fiction blockbuster!-replicate the uplink and downlink movement of the movie. With a webcam, one can scan in the I-TAG of an action figure to receive downloadable content. Not on the screen-on the toy itself. Encased in their plastic casings on toy-store shelves, much like the living caskets that the human bodies in Avatar rest within, the toys become cybernetic apparati of the imagination.

All of this isnâ€™t to say that the toy marketing of the film is somehow necessary for understanding and enjoying the film (though Iâ€™m sure the interactivity was part of some strategic plannerâ€™s “creative brief”). Itâ€™s more of a sense that-this is the world we find ourselves in. Not only one of environmental devastation, but one of identity slippage. This isnâ€™t Kevin Costner sleepwalking through being Kevin Costner, but rather a grandiose adventure with two world-interfaces, and how a broken soldier rejects the one and embraces the other.

Weâ€™ve begun with Zizek; letâ€™s end with him:

Catherine Malabou wrote a wonderful book called What to Do With the Human Brain. She develops, in a very nice way, that plasticity can have two meanings. One meaning is this neoliberal plasticity. Basically, itâ€™s an accommodating plasticity: how to succeed on the market, how to adopt new identity. But there is a more radical plasticity, where the point is not just an adaptive plasticity. Itâ€™s a plasticity that not only adapts itself to existing circumstances but also tries to form a margin of freedom to intervene, to change the circumstances.

Cameron has developed a $300 million franchise-a full world, really-to explore that second type of plasticity, and to let the audience become participants in it, to dream about it, just for a few hours.