Your mileage may vary highly, and the rankings especially at the top are more or less arbitrary. If you want that “descending/ascending” order variation, you might want to start at the bottom. 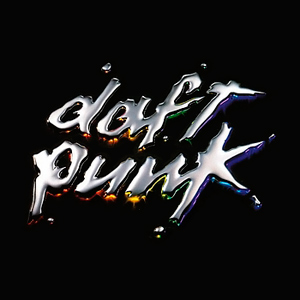 A perfect amalgamation of 1983 and the 23rd century-which, come to think of it, is the blueprint for much contemporary music (see Justice, below) and our culture in general. France, they say, is dying (it isn’t, but people talk)…but what Daft Punk have figured out is that we are all in the same boat. We are all in Gallic decline. We’re trying to figure out how to mediate our bodies with technology, trying to make it as un-deadening as possible. Science fiction has punctured the present, and the future is bleeding out of us. It’s the quicksilver blood pooling on the floor of our living rooms, inside houses that we don’t leave. It’s the blood in the ears that our iPods are attached to. Daft Punk discovered this in 2001. This is our world. The past and the future can’t be easily negotiated by the present anymore. So what’s left to do? Hope, and dance, and make our own past and future, and make our present from that. Opalescent hip-hop and storytelling of the highest order, Fishscale ranks with GZA’s Liquid Swords as the greatest of Wu Tang solo projects. Noir of utter specificity, and yet allowing the goofiness of underwater dreams and the terror of childhood beatings and bedwettings too. One of the heirs of Edgar Allen Poe’s crime fiction, with killer beats.

So one of my favorite songs of the year is “Party in the U.S.A.” by Miley Cyrus, and it hit me that so much of pop’s greatness of late can be ascribed to this one album. Think about the landscape in 2001-the last dregs of boy bands and commercial radio domination. And, ironically, during the crumbling of that domination, pop found its voice again. This album blended rock, hip hop, singer-songwriter confessionalism, dance…no palette was out of bounds. She used everything, and made everything her own. Without this album, there would be none of Christina’s experimentations, and none of Justin’s future funk, and no Lily Allen making it big on American shores, and certainly not MILEY FREAKING CYRUS putting out brilliant songs and not mailing it in before she ever got started. But that’s why Pink is the greatest pop star of her generation. Thanks, Pink! 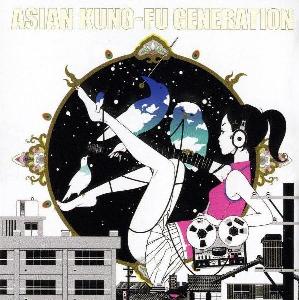 I have to thank Mr. Barzak for bringing this back for me upon his return from Japan. Otherwise it’s doubtful I would have been privy to one of the greatest power-pop albums ever made. Every chord is strong, utterly unexpected, and yet perfect. If you can get a hold of this, do it! Yes. Yes, the hissing venus fly trap of this album could very well be the destroyer! The alchemical transformation midway through this album is nothing short of miraculous. Glam as elegy. But an elegy for what? The Norway of Exile of our dear narrator of this album (a chimerical twin of Anniemal, come to think of it), and while he emerges from the chyrsalis, well, not quite a butterfly-it’s still something truly beautiful and strange. And danceable. I still feel that, in 2000, Lifter Puller were quite possibly the greatest band in the country. I’m still trying to find the Minneapolis in this album. And those guitars-no mercy with them. But Craig Finn’s lyrics, in those fragmented narratives of Nightclub Dwight etc. etc., show us to a world in which there is mercy and redemption possible in the club-caves and the desolations that reside at 15th and Franklin. Slug goes slacker Frank O’Hara on us, and while Ant has probably done better albums than this one, Slug is at his absolute finest here-self-deprecating without being coy, love-sick and trying not to show it, and wielding subject matters so diverse that he is making the infernal map of life for all of us, and daring us to follow it. Stupid guest spot by Ludacris on what, otherwise, is a stone cold classic (“One Minute Man”) probably drops this a bit. But, fuck, what an album. Hip-hop and electronica bleed into each other and slither around. Okay, that’s a gross metaphor. But my ears are still trying to catch up to what’s going on here. And no better guide to the carnival than Missy. I am trying to give this album the retroactive benefit of the doubt, because their last 3 albums since this in my opinion have been, er, dung-y. And Summerteeth, in the final reckoning, is better. But with that said, everything else you’ve heard about this album is true. Named after a discredited pseudoscience, beginning with radio, then pure punk, and then neo-soul, and then (90 other things), and then Amiri Baraka, and then even more. You know how some albums have a song that is the title of the previous album? (Zep’s Houses of the Holy) In spirit, this is the reverse. Their previous album was Things Fall Apart, and things do that here, in this album. But how gloriously.

“Bird Flu” sounds like it, and then she shoots us in the heart with “Paper Planes.” There’s no pity, but neither is there a absence of joy. 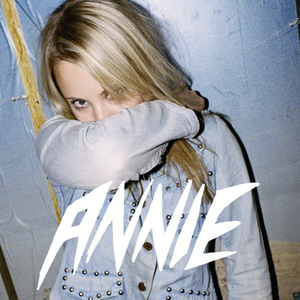 See, I keep railing against twee, and yet you might wonder why albums such as this example of wispy Norweigan electropop appears on this list. Well, yes, perhaps an anxiety of influence. But pop (pop-pop or indie-pop) doesn’t have to be precious. More than that-the surfaces here are deceiving. There is real anguish here. Not to mention I would heartily recommend “Chewing Gum,” conversely, as the bubblegum/jawbreaker pop song of the decade. This album still has one of the best, most visceral post-9/11 songs ever recorded-and yet there are horns as well; playfulness. And a coyote. It’s all universal and it all hits hard. For a decade I was an unrepentant haterader with B&S; couldn’t stand the twee. Whether it’s more me or them, who knows, but this album has soul…and a bite. The loveliness is still there, though. P.S. I still can’t really stand Stephen Merritt

Fables of the (electronica) reconstruction. 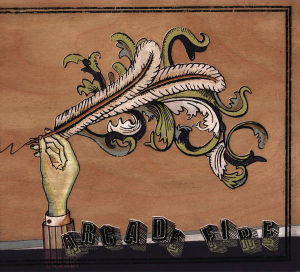 Utterly profane, full of weirdness and crazy shit around every brilliant corner. Aside from his eclecticism, his genius is in his improvisational composition techniques-and in this, he is truly the carrier of the torch of the native art form of his home town, New Orleans. The descendant of giants. “White Album-ness” as a condition is thrown around a lot with albums, but this is the real deal: a gemini tag team of epic proportions. And yet, though the two sides of Outkast are seperate (mostly), they continually reflect upon each other. Greater than the sum of its divisions. Gallant, heartbreaking, sly, just hard-edged enough when it wants to be, this album hits all the melancholic (yet bright) notes without ever wallowing.